Today my run felt like it was 5 min long.  I was deep In thought and I ran faster than I have in a while…

Zoey is turning 4 in October.

Sometimes Zoey wants to say something but it won’t come out.  Her words get “stuck”.  So she starts to cry and sometimes stomps her feet and sometimes hits whomever is trying to talk her out of it… She gets into this trance that I used to define as “Fucking INSANE!!”

For a long while I had no idea how to pull her out of it..

Still.. I was never able to understand where they came from.  I wasn’t convinced that all 3 year olds “just do this” 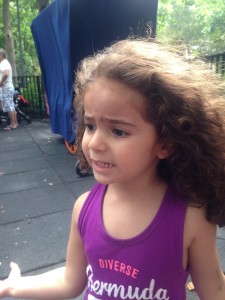 Kids are just like us right?… Little people who get frustrated at the things that bother them. Different people get bothered by different things… RIGHT? 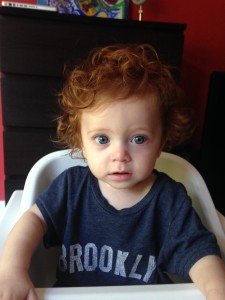 Anyway… I couldn’t figure out what was bothering Zoey.

Now I know: Her words get “Stuck”.  Sometimes when she wants to say something or ask for something she just can’t.

My words are never stuck.

…But sometimes I really wish they were.